Paris Travel Diary: In August 2019 I had the opportunity to fly to Paris for work. Having never been to Paris, or even France for that matter, the short three days that were planned seemed not nearly long enough. Realistically, I only had a half of an afternoon to myself to explore the beautiful city as most of my time would be spent working just outside of Paris, the reason why I was meant to be in Paris in the first place.

I had a few main places that I wanted to see and to be honest, you will find these places on almost every Paris itinerary out there. On Monday morning, I jumped on the Eurostar from London to Paris, after a long flight from Hong Kong. I managed to recoup on the train and take in both the UK and French countryside.

After checking into my hotel, Hôtel Auteuil Tour Eiffel, I headed to the small group tour I had booked for the Louvre Museum. I spent some time exploring around the Louvre before heading in, just viewing the architecture and gardens around the museum is a visual feast for the eyes. You can find the tour that I booked here: Mona Lisa and Best of the Louvre: Semi-Private Tour.

Some interesting history facts for the Paris Travel Diary

The Louvre museum was extremely overcrowded and at times felt like a bit of a circus but seeing some key pieces for me, this made the experience worthwhile. The Mona Lisa by Leonardo Da Vinci is obviously the star attraction for everyone visiting but some other pieces which were spectacular included:

Over the next day, most time was spent working. We managed to do some exploring in the evening. Walking from the hotel, our first stop was the Church of Saint-Sulpice, and opposite, a picturesque fountain in, which felt like to me, a quintessential Parisian courtyard.

Next was Luxembourg Gardens, boasting 55 acres of green space and amazing gardens and trees. The gardens are part of the Luxembourg Palace, situated in the center. Built-in 1645, the palace was set to be the royal residence of the regent Marie de’ Medici, mother of King Louis XIII. This became my favorite spot in Paris. We ended the evening with traditional Moroccan cuisine.

France formed a protectorate of Morocco in 1955 which linked the two countries and created a route for Moroccan cuisine to be introduced and popularized in France. Today, couscous is one of the most popular dishes in France and it was fitting we would end our trip having local cuisine. 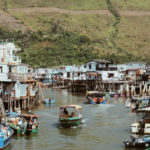 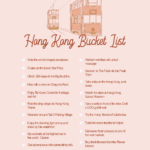